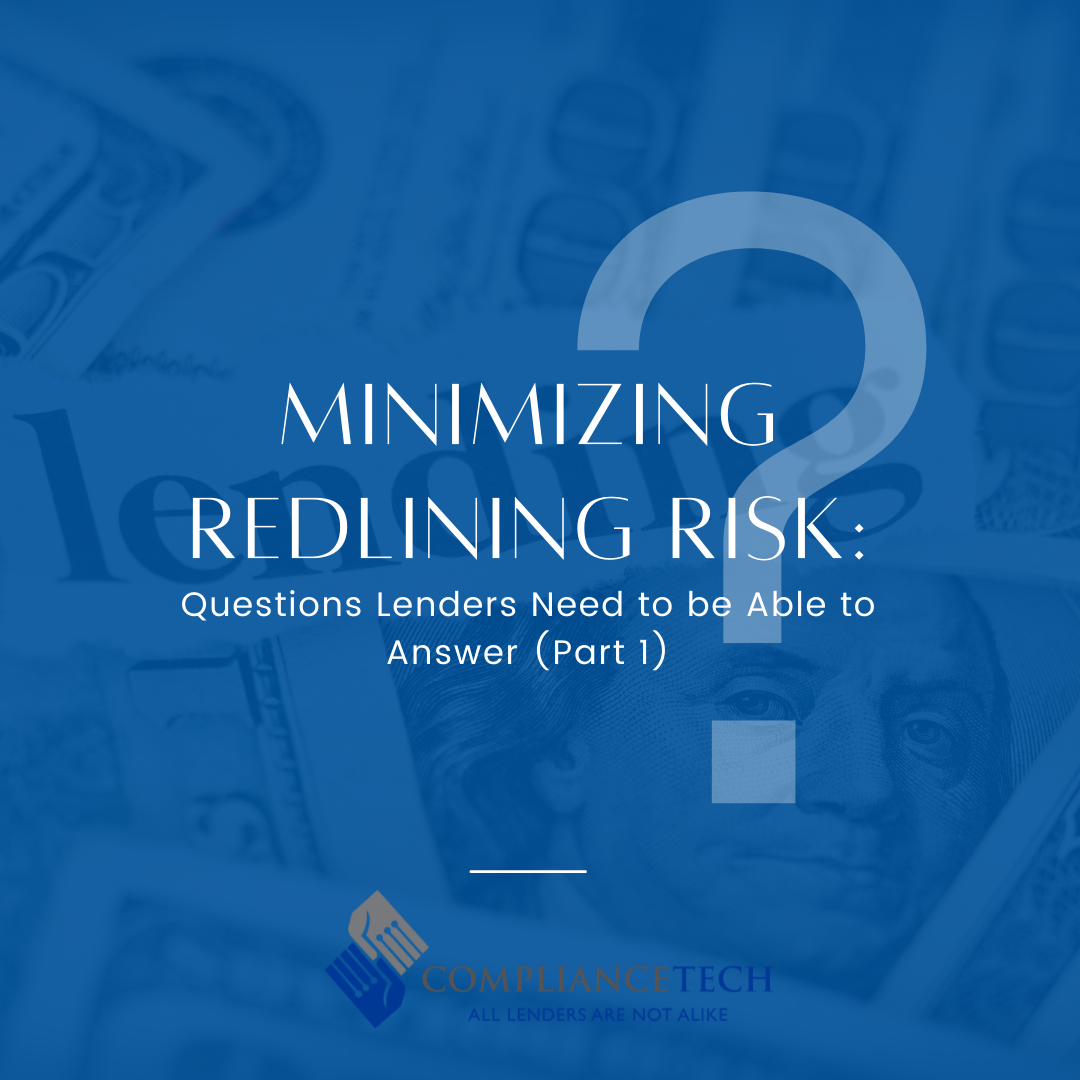 Lawsuits advanced by the U.S. Department of Justice (DOJ) and the Consumer Financial Protection Bureau (CFPB) are strong signals to lenders of an aggressive stance the government is taking regarding the enforcement of redlining under the federal fair lending laws.  The Hudson City and BancorpSouth cases settled in 2015 and 2016, respectively, are striking for the implicit quantitative key performance indicators (KPIs) they provide to fair lending compliance risk managers.

In this article, I highlight measures that can be used to quantify and monitor fair lending redlining risk.  An interesting aspect regarding redlining cases is that an inference of discrimination can be established primarily from public data sources, principally HMDA, census, assessment area delineation, and bank branch data.  The cases can be helped along by a lender’s acts of omission and commission regarding marketing initiatives, hiring practices, branch and originator locations relative to over-served and underserved market segments.

Here are some of the questions every lender should ask in assessing its fair lending risk for redlining:

1. What is the lender’s footprint or market service areas? Generally, these will be metro areas (i.e., Census-defined MSAs/MDs) where the lender receives a significant share of its applications;  it is not unusual for a lender to have a footprint in multiple markets.  Depending on the volume, the lender should give priority to assessing fair lending risk in its top 10 markets.  For banks that are subject to CRA, the assessment area delineation within the lender’s footprint takes on special significance.  The assessment area must not be drawn so as to intentionally or arbitrarily exclude majority-minority/black/Hispanic census tracts.

2. Can the lender identify the following groups of census tracts:  majority-minority, majority-black and Hispanic, majority-white, and majority non-black/Hispanic?  Lenders are expected to receive applications from these communities relative to their population percentage, other things being equal.

3. Within the lending footprint, how does the percentage of applications and originations from the majority-minority/black/Hispanic compare to the majority-white or non-black/Hispanic tracts? These comparative KPIs should not reveal a statistically significant difference.

4. Strategically speaking, has the lender positioned its mortgage delivery channel resources in an unbiased manner so as to receive a fair proportion of applications from all areas within its footprint?  This primarily looks at the deployment of resources in proximity to the underserved market and the diversity of human/corporate resources to effectively penetrate underserved areas.

5. Does the totality of the lenders policies and practices show the intent, or the effect of, excluding majority-black/Hispanic/minority areas?  This is really a look back over several years at how the lender has structured its business and whether that structure has served to discourage, rather than encourage, applications from majority-black/Hispanic/minority areas?

In Part 2, I will offer additional questions that lenders should be prepared to answer to mitigate fair lending redlining risk.